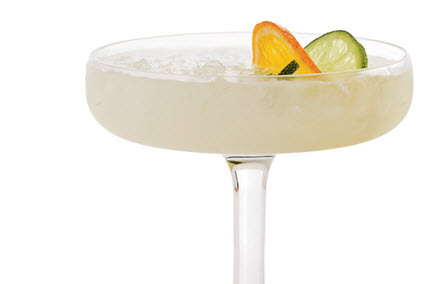 1.- TEQUILA: typical mexican drink, you must be “very macho” to drink a bottle with your colleagues.

2.- WATERMELON AGUA FRESCA: (literally translated to fresh waters) can be found all along the roadside in most parts of Mexico; and they come in various fruit flavors, too. This watermelon version is sure to quench your thirst on a hot day.

3.- MARGARITAS: are one of the first things people think of when identifying Mexican beverages, and there’s no shame in that. When made fresh, they make one refreshing cocktail.

4.- PALOMA: a paloma (the spanish word for dove) is a popular Mexican cocktail that’s made with tequila and grapefruit soda. In Mexico they use Squirt or Jarritos, but if you can’t find those you can substitute for grapefruit juice and sparkling water.

5.- SANGRITA: Don’t let the name fool you, a sangrita has nothing to do with sangria. It’s a fruit-juice concoction that’s sometimes served alongside a shot of tequila. There are many variations to the sangrita, but they’re often times a mixture of orange juice, grenadine (or tomato juice) and chile powder.

6.- MICHELADA: If you feel like a beer, but are looking for something a little more exciting, a Michelada is a great way to go. It’s a mixture of beer, tomato juice, lime juice and various spices or peppers (such as tabasco, black pepper or chile powder).

7.- HORCHATA: (The mexican milkshake, an agua fresca) is a creamy, sweet Mexican drink made from rice; it’s sometimes flavored with vanilla and cinnamon. Horchata is simple to make at home — all you need is white rice, water and a blender.

8.- AGUA DE JAMAICA (Hibiscus Tea): is a popular agua fresca and can be found in many Mexican restaurants. It’s made with dried, red hibiscus flower and often times served with a slice of lime.

9.- ATOLE: is a hot masa-based beverage that’s either served served plain, sweetened with cinnamon and vanilla, or in various fruit flavors. It’s popular during the holiday season, but is also commonly served at the breakfast table year round.

10.- TASCALATE, POZOL, TEPACHE, ROMPOPE, and more, to find out, just COME TO PLAYA!!

By the way tourist stores sell liquor. BUT for a more complete supply, you can go to Covi Liquors in Highway 307. Liquors here are cheaper than those sold along 5th Avenue. Just saying.

Want to join the discussion?
Feel free to contribute!